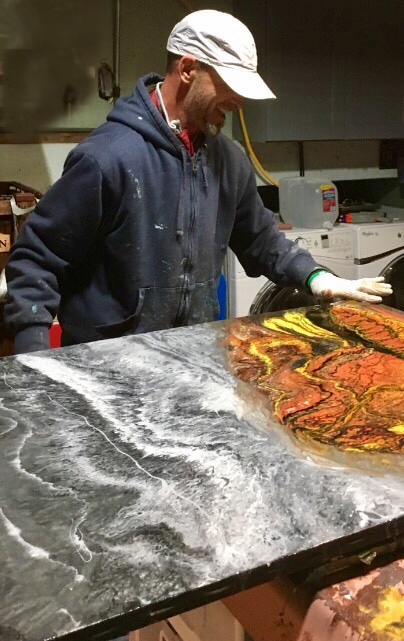 Scott Gash was born in Carmel California in 1969, and attended San Diego State University in 1990. He moved to Paris in 1990 and lived there until 1992. He was inspired to do more art by often visiting the rich and old Culture of the Sacre’ Coeur.

He then resided in Munich, Hamburg, Milan, Zurich, Vienna and Toyko until 1998. He moved back to the States and lived in Venice Beach, California until 2000. He has his art studio and currently resides in La Jolla, California for the last 18 years.

I have been painting since I was young but always in spurts of inspiration of events throughout my life’s experiences thus far.

When I was introduced to Resin Art I have found it is not through inspiration but its from nothingness – nothing to follow, nothing to go by. Its just a flow, I am in the moment, my direction is from color and movement of cells.